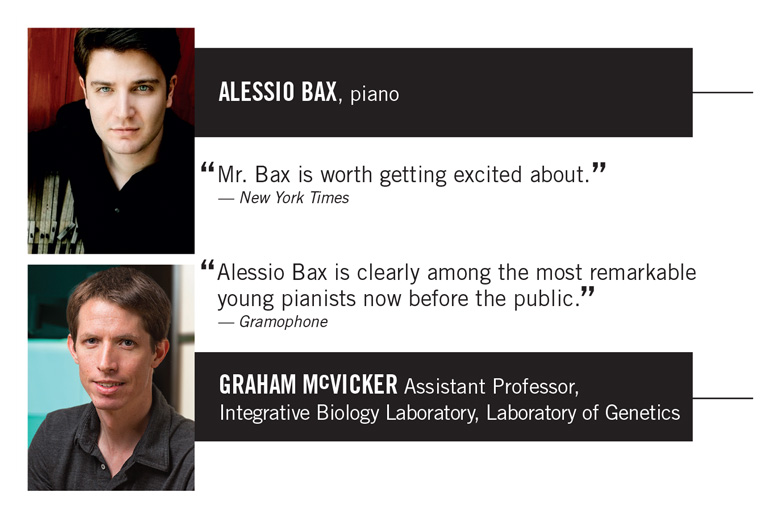 Combining exceptional lyricism and insight with consummate technique, Alessio Bax is without a doubt “among the most remarkable young pianists now before the public” (Gramophone). He catapulted to prominence with First Prize wins at both the Leeds and Hamamatsu International Piano Competitions, and is now a familiar face on four continents, not only as a recitalist and chamber musician, but as a concerto soloist who has appeared with more than 100 orchestras, including the London and Royal Philharmonic Orchestras, Dallas and Cincinnati Symphonies, NHK Symphony in Japan, St. Petersburg Philharmonic with Yuri Temirkanov and the City of Birmingham Symphony with Sir Simon Rattle.

This season, for his first appearances with three major orchestras, Bax revisits the two concertos heard on Alessio Bax Plays Mozart. He makes his Boston Symphony Orchestra debut playing Mozart’s C-minor concerto (K.491) with Sir Andrew Davis. Then, on a spring tour of Australia and New Zealand, he not only reunites with the eminent conductor to reprise the same work for his Melbourne Symphony debut, but leads Mozart’s B-flat major concerto (K.595) from the keyboard in his first performances with the Sydney Symphony. Bax completes the tour with a series of solo recitals and accounts of the Grieg concerto with Tadaaki Otaka that mark his Auckland Philharmonia debut. His international lineup also includes concerts in Israel and a Japanese tour featuring dates with the Tokyo Symphony, solo recitals, and chamber music at Le Pont International Festival in Ako and Himeji. Back in the US, he undertakes multiple concerto collaborations, including Brahms’ Second with the Fort Worth Symphony under Miguel Harth-Bedoya and Barber with the Kansas Symphony and Edo de Waart, besides rejoining the Chamber Music Society of Lincoln Center for a Hungarian-themed program and season-closing concert. He rounds out the season with a full summer of festivals, highlighted by his debut at France’s International Chamber Music Festival of Salon-de-Provence, and returns to the Great Lakes Music Festival, Saratoga Chamber Music Festival and Tuscany’s Incontri in Terra di Siena festival, where he serves as Artistic Director.

Last season saw Signum Classics release the pianist’s recording of Beethoven’s Emperor concerto with the Southbank Sinfonia. Bax also undertook duo recital tours with Joshua Bell and Emmanuel Pahud; gave solo recitals at London’s Wigmore Hall and the Leeds Piano Festival; returned to Hong Kong; and performed concertos by Gershwin, Rachmaninov, Grieg, and Schumann with orchestras including the Minnesota Orchestra, North Carolina Philharmonic and Armenian Philharmonic. In 2016–2017, he stepped in to play Brahms’s Second with the Cincinnati Symphony under Sir Andrew Davis, in what proved “the most exciting debut in recent memory” (Cincinnati Enquirer), and made three appearances at the Wigmore Hall, including his solo recital debut, which aired live on BBC Radio 3.

Other highlights of recent seasons include Rachmaninov with London’s Southbank Sinfonia and Vladimir Ashkenazy; his Minnesota Orchestra debut under Andrew Litton; a return to the Dallas Symphony for Barber under Jaap van Zweden, named one of the top 10 concerts of 2013 by the Dallas Morning News; season-opening appearances with the Colorado Symphony; and concerts at L.A.’s Disney Hall, Washington’s Kennedy Center and New York’s Carnegie Hall. In 2009, the pianist was awarded an Avery Fisher Career Grant, and four years later he received both the Andrew Wolf Chamber Music Award and Lincoln Center’s Martin E. Segal Award, which recognizes young artists of exceptional accomplishment.

Bax graduated with top honors at the record age of 14 from the conservatory of Bari, his hometown in Italy, where his teacher was Angela Montemurro. He studied in France with Francois-Joël Thiollier and attended the Chigiana Academy in Siena under Joaquín Achúcarro. In 1994, he moved to Dallas to continue his studies with Achúcarro at Southern Methodist University’s Meadows School of the Arts, where, with Lucille Chung, he is now the Johnson-Prothro Artist-in-Residence. He also serves with Chung as co-artistic director of the Joaquín Achúcarro Foundation, created to support young pianists’ careers. A Steinway artist, Bax lives in New York City with Chung and their four-year-old daughter, Mila. Beyond the concert hall he is known for his longtime obsession with fine food. As a 2013 New York Times profile noted, he is not only notorious for hosting “epic” multicourse dinner parties but often spends his intermissions dreaming of meals to come. 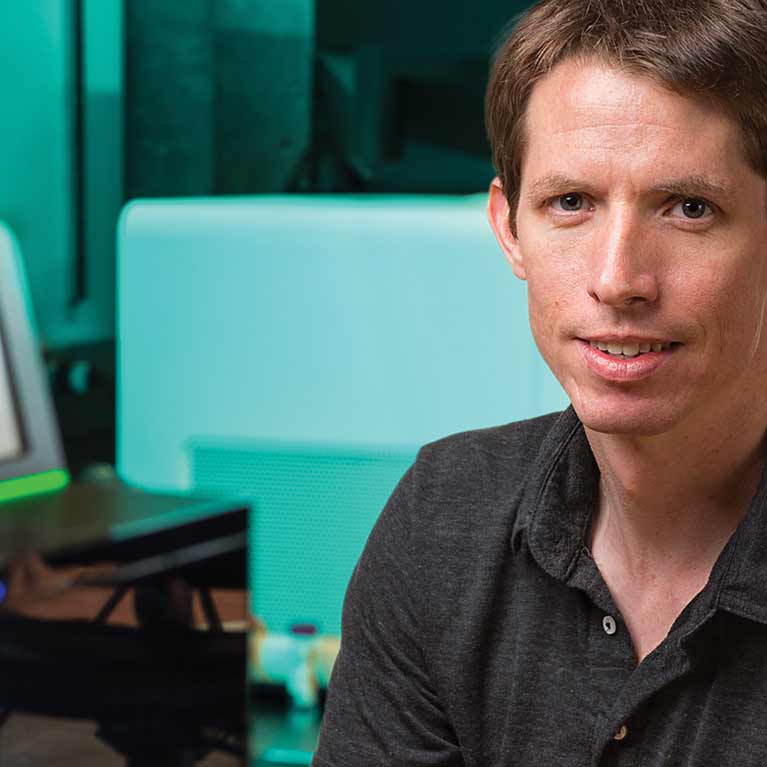 Graham McVicker is developing innovative computational and statistical techniques to unscramble the molecular function of human genetic variation. McVicker is specifically interested in understanding how genetic variants affect chromatin in the immune system. Chromatin is the molecular packaging that organizes DNA within the nucleus of the cell and controls which genes are turned on in specific cells. By gaining a mechanistic understanding of these variants and linking them to disease risk, he will illuminate why some individuals are more susceptible to autoimmune and infectious diseases.

As an Italian pianist, I have to be very creative when trying to come up with an Italian program. There is almost a total dearth of Romantic piano music, most likely because of the prominence of opera during that period. It’s as if Italian composers only became seriously interested in the piano in the 20th century!

However, Italy has always had great music. I open my program with a transcription by Bach of an oboe concerto by the Venetian composer Alessandro Marcello, which not only showcases this wonderful music but also reveals deep insight into Bach’s mind. I follow it with Rachmaninoff’s last solo piece, a set of amazing variations on Corelli’s La Folia. This very simple theme becomes the vehicle for an incredible exploration of the piano’s dramatic potential.

The second half opens with Dallapiccola’s Quaderno musicale di Annalibera, which adheres to the structure of dodecaphonism, yet has so much subtlety, beauty and expression, and requires the utmost concentration and sonic command of the instrument. I complete my program with two works connected to Italy by the subject matter that inspired them. St. Francois d’Assise: La prédication aux oiseaux is at once stunning and elusive, while—in only around 15 minutes—Après une Lecture de Dante: Fantasia quasi Sonata takes both listener and pianist on a multi-legged journey through heaven, hell and earth, with so much beauty and drama along the way. It’s always a thrilling ride!