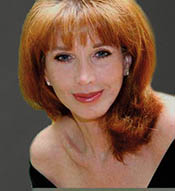 It’s wonderful to be able to finally welcome everyone back to Salk Science and Music Series for the first public event at the Institute in more than two years!

While the music series had to be put on hold until it was safe to come together again, science at Salk has flourished, with tremendous advances and discoveries in every department. During this period Salk scientists have garnered major awards and grants, and the bestowal of an unprecedented gift from San Diego’s leading philanthropists, Joan and Irwin Jacobs, has ensured that the Institute will thrive for many years to come.

Over the past two years, the world has looked to science for the answers. The threat created by the COVID-19 virus sparked the most intensive, global-scale research in recent history. Thankfully, these efforts have led to the development of vaccines, which are allowing us to recover a sense of normalcy.

While science is indisputably essential to our survival, the role that music has played in people’s emotional and psychological well-being during this time is also worth noting. For many, music provided a much needed respite from the fear and isolation they were experiencing; some even described it as a “lifeline.” We know that scientific studies show that music can slow heart rate, lower blood pressure and reduce levels of stress hormones, while releasing the neurotransmitters dopamine, serotonin and oxytocin. By involving the pre-frontal cortex—a part of the brain associated with memory—music can elicit all kinds of emotions. But beyond functioning as a critical coping mechanism, music is also a common thread that connects and heals us.

Some of the brightest and most hopeful moments of the pandemic came from people using music to soothe, encourage and uplift others. Who can forget the videos of people all across Italy singing “Abbraciame” (“Hug Me”) from their balconies to their local health care workers night after night, or the New Yorkers singing “Lean on Me.” As time progressed, these events became more targeted and sophisticated; classical music was played more than ever before in hospitals. In Houston, a physician and concert pianist named Mei Rui developed a program using members of the Houston Symphony to offer live, one-on-one performances to patients in intensive care unit.

After the initial shock of having concerts canceled globally, some performers used the absence of a hectic rehearsal/performance schedule to reflect and learn new music, or simply enjoy other pursuits. But for most, the overwhelming desire to perform motivated them to adapt by using technology to keep their musical connections alive. Some began streaming live concerts from home, including Salk Science and Music alumni artists Sean Chen, Alessio Bax, Lucille Chung, Vadym Kholodenko, Alena Baeva, Helen Sung and Eldar Djangirov. Others gained access to record in the huge concert halls that were sitting empty, my favorite being Zlata Chochieva’s incandescent recital at the Konzerthaus Berlin in May of 2020, when she performed for an audience of two (the recording engineer and the videographer) but captured the hearts of everyone listening online.

As time went on, musicians and music organizations became more innovative and refused to be shut down, and they streamed past recorded concerts as well as live home or hall concerts, in order to keep their presence and that of their artists alive. With concerts suddenly at our fingertips, world-famous artists became more accessible than ever before, and provided a rare glimpse into their off-stage selves—some performing in t-shirts and jeans, or even pajamas! But the music was glorious.

All this being said, I don’t know of a single musician who isn’t happy about returning to the concert stage to play for a live audience. Personally speaking, I’m looking forward to reuniting with you at Salk for some great musical performances. This season we’re thrilled to bring back two of our audience’s favorite pianists, Sean Chen and Zlata Chochieva, as well as introducing you to the brilliant young violinist Benjamin Beilman; his gifted piano partner, Roman Rabinovich; and the celebrated cellist Clive Greensmith.

From Bach suites to the great Beethoven cello and violin sonatas, to works by Debussy, Schumann, Brahms, Liszt, Bartok, Rachmaninoff, Chopin, and Sean Chen’s own transcriptions of works by Mozart and Mendelssohn, there’s a veritable musical feast with something for everyone.

My heartfelt thanks goes out to our amazing and loyal sponsors for their continued support—we’re so grateful for your generosity.

I hope that all of you can come and enjoy the riveting concerts and science presentations in our “comeback” season!