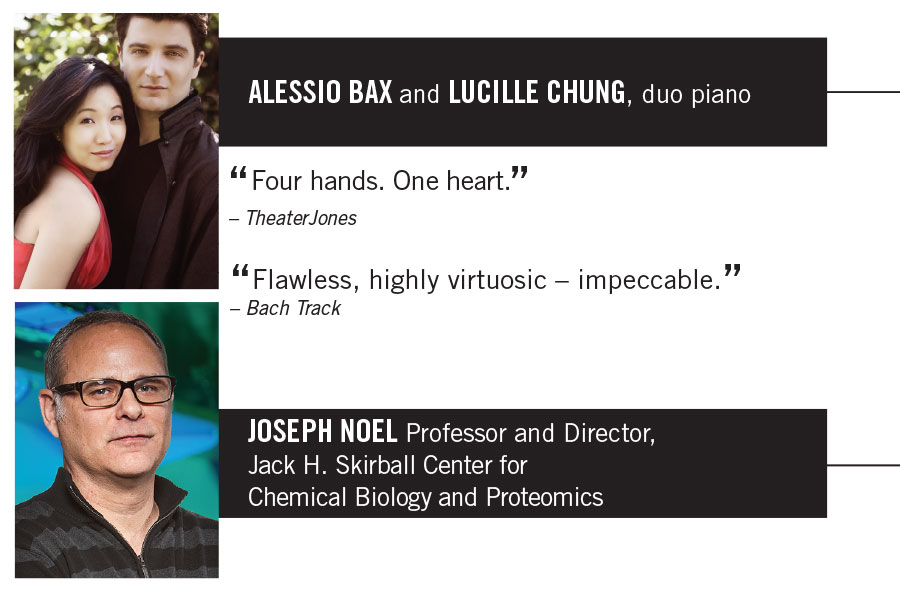 The real-life marriage of Alessio Bax and Lucille Chung—concert pianists who share abundant passion, virtuosity and artistic chemistry—helps make them one of the most appealing and impressive piano duos of our time. In the words of the UK magazine Music and Arts: “Theirs is a marriage of wondrous colours and dextrous aplomb, subtly balanced to make a musical performance sound as one.”

Combining exceptional lyricism and insight with consummate technique, Bax is without a doubt “among the most remarkable young pianists now before the public” (Gramophone). He catapulted to prominence with first prize wins at both the Leeds and Hamamatsu International Piano Competitions and is now a familiar face on four continents, not only as a recitalist and chamber musician, but as a concerto soloist who has appeared with more than 100 orchestras, including the London and Royal Philharmonic Orchestras, Dallas and Cincinnati Symphonies, NHK Symphony in Japan, St. Petersburg Philharmonic with Yuri Temirkanov and City of Birmingham Symphony with Sir Simon Rattle. His celebrated discography includes Beethoven’s EmperorConcerto, Mozart’s Concertos K. 491 and K. 595, Beethoven’s Hammerklavier and Moonlight Sonatas (a Gramophone Editor’s Choice), Alessio Bax plays Brahms (a Gramophone “Critics’ Choice”), Russian favorites by Scriabin and Mussorgsky, Rachmaninov: Preludes & Melodies (an American Record Guide “Critics’ Choice”), Baroque Reflections (a Gramophone “Editor’s Choice”), and Lullabies for Mila, which also features Chung and is dedicated to the couple’s young daughter.

First Prize-winner of the Stravinsky International Piano Competition, Lucille Chung has been praised for her “stylish and refined” performances (Gramophone). Born in Montreal, she made her debut at the age of ten with the Montreal Symphony Orchestra, after which Charles Dutoit invited her as soloist on the orchestra’s Asian tour. She has since appeared with conductors including Krzysztof Penderecki, Vladimir Spivakov, Yannick Nézet-Séguin, and Vasily Petrenko, performing with such international ensembles as the Philadelphia Orchestra, Moscow Virtuosi, BBC National Orchestra of Wales, Seoul Philharmonic, Dallas Symphony, and Israel Chamber Orchestra, as well as with all the leading orchestras of Canada, including the National Arts Centre Orchestra and the Montreal, Toronto, and Vancouver Symphonies. Her solo discography includes Mozart & Me, Mendelssohn concertos, Camille Saint-Saëns: Piano Transcriptions, and albums dedicated to Poulenc, Scriabin, Liszt, and György Ligeti, whose complete piano works she recorded for the Dynamic label.

The second volume of Chung’s Ligeti series, comprising his works for piano four-hands and two pianos, marked the first recorded collaboration between Bax and Chung. The disc garnered the maximum “R10” rating from French magazine Classica-Répertoire and five stars from Germany’s Fono Forum. In 2006, the duo released Saint-Saëns’s Carnival of the Animals with Michael York as narrator and the Fort Worth Symphony under Miguel Harth-Bedoya. Bax & Chung: Piano Duo appeared on Signum Classics in 2013, pairing Stravinsky’s four-hand version of his ballet Pétrouchka with music by Brahms and Piazzolla.

Together, Bax and Chung have performed in major festivals and concert halls around the world; in 2008 alone, they logged 20,000 miles by train as they toured their four-hand Pétrouchka across the far reaches of Stravinsky’s homeland. They have appeared at international festivals including Verbier in Switzerland; Við Djúpið in Iceland; Chungmu Art Hall (the opening concert) in Seoul, Korea; Pau Casals, Castilla y León, Torroella de Montgrí, and Pamplona in Spain; Salon-de-Provence in France; Felicja Blumental in Tel Aviv; Lübecker Kammermusikfest, Moritzburg, and Schloss Elmau in Germany; Duszniki Chopin in Poland; Ottawa in Canada; and Music@Menlo, Mainly Mozart, SPAC, and Bard in the U.S.; besides giving performances in Aruba, Australia, Barbados, China, Cyprus, France, Guatemala, Hong Kong, Italy, Palestine, Russia and the UK. In recent seasons they have performed at New York’s Lincoln Center; the Chopin Society in Saint Paul, MN; Dumbarton Oaks series in Washington, DC; at Italy’s Incontri in Terra di Siena Festival, where Bax assumed the role of Artistic Director in 2017; and at Teatro Colón in Buenos Aires, playing Mozart’s Concerto for Two Pianos with the Orquesta Filarmónica de Buenos Aires. This season, besides returning to Lincoln Center, they join members of the New York Philharmonic for a zoological-themed chamber program in Ridgewood, NJ, and give duo recitals in Dallas, TX; Athens, OH; Southbury, CT; Castlemaine, Australia; and, in two dates, at the Sala São Paulo in Brazil.

After meeting at the 1997 Hamamatsu Competition, Bax and Chung carried on a courtship by telephone and email while on separate tours, before eventually marrying in 2004. Besides their individual solo careers and their newest duo collaboration as parents of four-year-old Mila, they are also co-artistic directors of the Joaquín Achúcarro Foundation in Dallas, created to cultivate the legacy of the Basque pianist and to support young pianists’ careers. 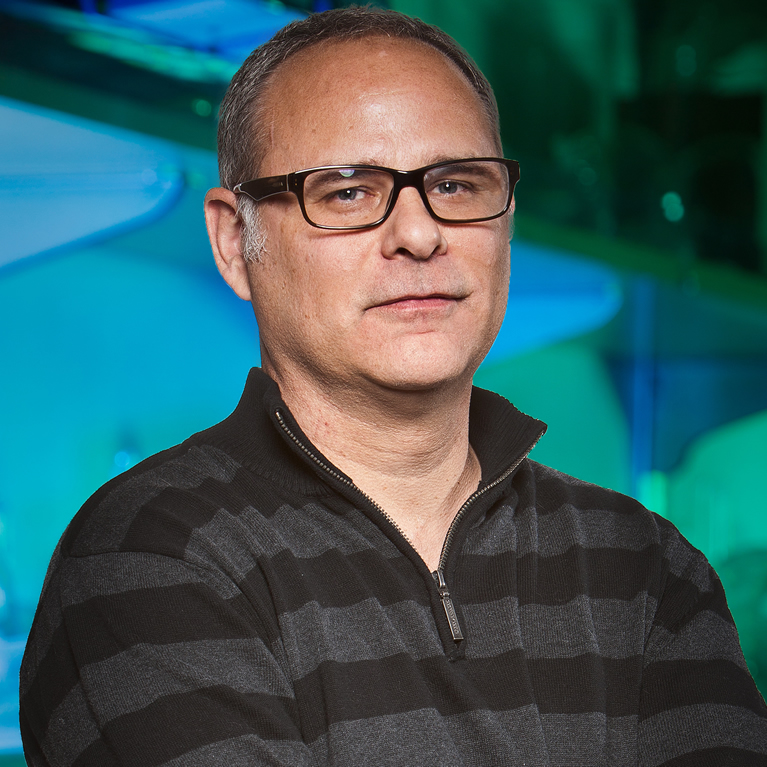 Joseph Noel Joseph P. Noel, the Arthur and Julie Woodrow Chair, is a Salk professor in the Chemical Biology and Proteomics Laboratory. His research focuses on the chemistry, biochemistry, structural biology and evolution of metabolism in plants that has given rise over 450 million years with incredible diversity of natural chemicals. These natural chemicals often called specialized metabolites are key to the emergence and rapid expansion of chemical diversity in plant ecosystems. Many of these natural chemicals are used for “communication” with other species in their environment and some are used for their own defense – both as natural chemical weapons against other organisms or as chemical strategies to adapt to challenging physical environments.

More recently, Noel’s research has concentrated on plant natural polymers that may serve as carbon storage devices in plants ranging from food crops to freshwater and marine wetlands. The work is focused on reaching an atomic resolution understanding of the structure and function of these natural plant polymers and their metabolic systems used for their biosynthesis. This level of understanding is also used to predictably improve their chemical structures and increase their production to provide plants with greater tolerance to environmental stresses such as drought, flooding, salt and disease. Moreover, as carbon-rich, beneficial components of soils and aquatic sediments that resist decomposition, they may serve as efficient and scalable solutions to mitigate atmospheric levels of greenhouses gases such as carbon dioxide.